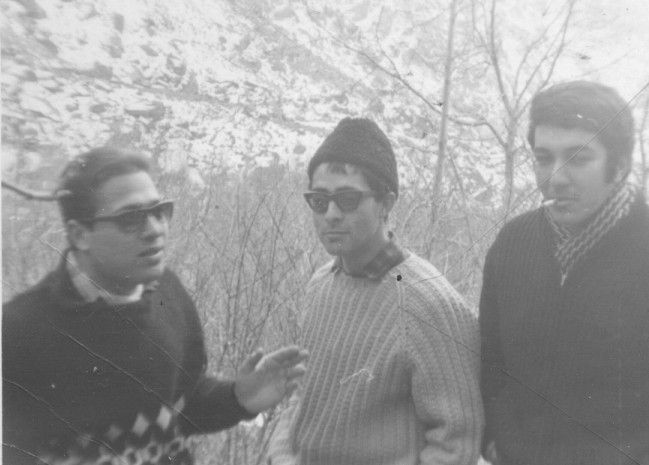 Commentaries on Elahi as a Poet

Elahi’s poetics is distinguished by its diversity of styles and registers. Traversing the borders of ambiguity and clarity, speech and writing, familiarity and foreignness, in Elahi’s work the nuances of the Persian language are registered in ways that are without precedent in Persian poetry. As a distinguished translator (of Neruda, T.S. Eliot, Arthur Rimbaud, Henri Michaux, Friedrich Hölderlin, and many others), Elahi offers among the most striking combinations of poetic norms with mostly European poetic influences in modern Persian poetics. A considerable strand of Persian poetry today is directly and indirectly inspired by Elahi’s inventions and inspirations. Elahi haunts contemporary Persian poetics sometimes invisibly, but always persistently, and in as-yet-unchartered ways. 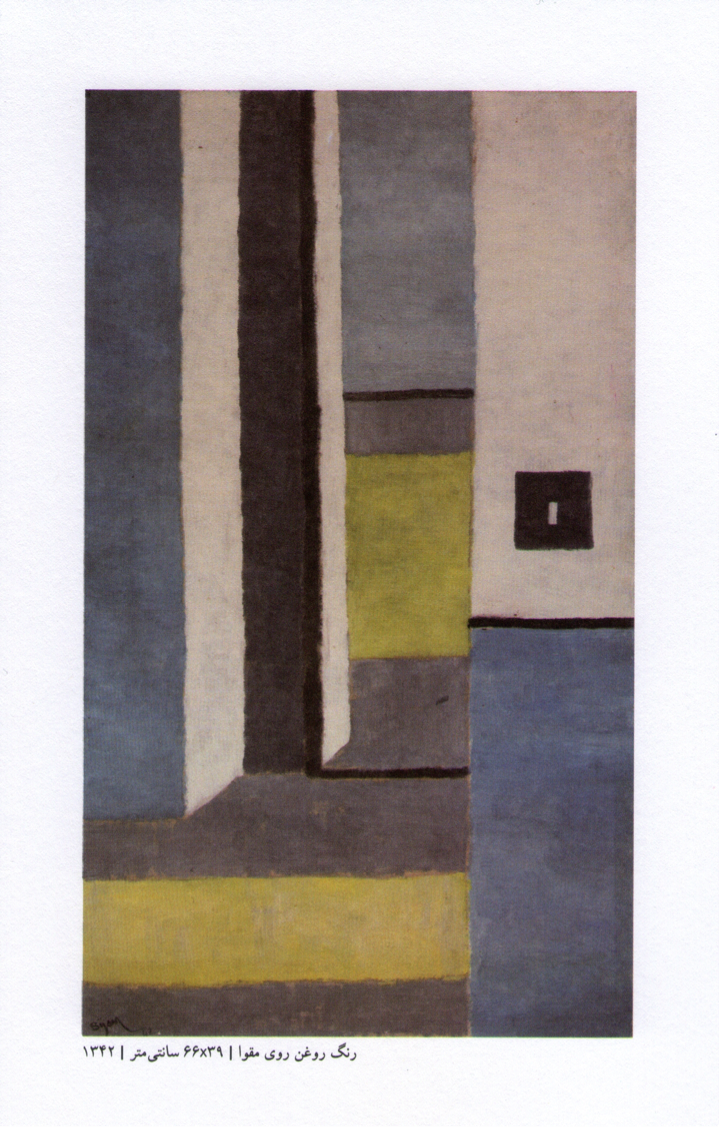 While distinguishing himself as a poet and translator, Elahi introduced world poetry to an Iranian audience and provided young poets with new forms and genres for their verse. Alongside his book-length translations of the poetry of Lorca, T. S. Eliot, Mansur al-Hallaj, Henri Michaux, Pablo Neruda, Arthur Rimbaud, Friedrich Hölderlin, Elahi’s collected translations were posthumously published under the title Valley of the Many-Colored Grass. Our translation of the poems in Vision will be informed by our knowledge of these translations.

Inter-cultural translation features heavily in Elahi’s work. One of his major poem cycles, called Gahan, borrows its unit of composition from the Zoroastrian hymns called the Gathas. “Gahan” also happens to be Elahi’s rendering, for Ezra Pound’s “Cantos,” a work he discusses in his translation of Rimbaud. The short poem “Dissecting an Onion” densely prefaces an entire cycle organized into layers that recall an onion’s skin. Throughout the Gahan cycle, the reader finds in the epigraphs of each of the seven gahans a number of short poems along with a pastiche of quotations from sources ranging from mystics such as Rumi to the modern European poets such as T. S. Eliot, Nelly Sachs, and Hugo von Hofmannsthal.

Beyond attesting to the poet’s familiarity with modern European and classical Persian literature, Elahi’s poems abound in sophisticated metaphors drawn from recondite disciplines such as alchemy, engraving, astronomy and rhetoric. The double epigraph of the last cycle combines Ezra Pound’s dictum “what thou lovest well remains, The rest is dross” (Canto 81) with a verse by Rumi: “I am the grass of days until I am wasted by you” (ghazal 1650). By entitling his cycle The Dross of the Days, Elahi celebrates the reverberation of poetry’s voice across cultures and centuries.

Attempts to reconcile modernity and traditional Shiism were common in the 1960s, and Elahi’s poems reflect his investment in the cultural and political visions opened up by progressive Iranian thinkers such as Ali Shariati (1933-1977) and Dariush Shayegan (b. 1935). In different ways, these figures developed critiques of Eurocentrism (which they called ‘Euro-mania,’ gharbzadegi) avant la letter while reviving traditional Iranian learning in new literary forms. 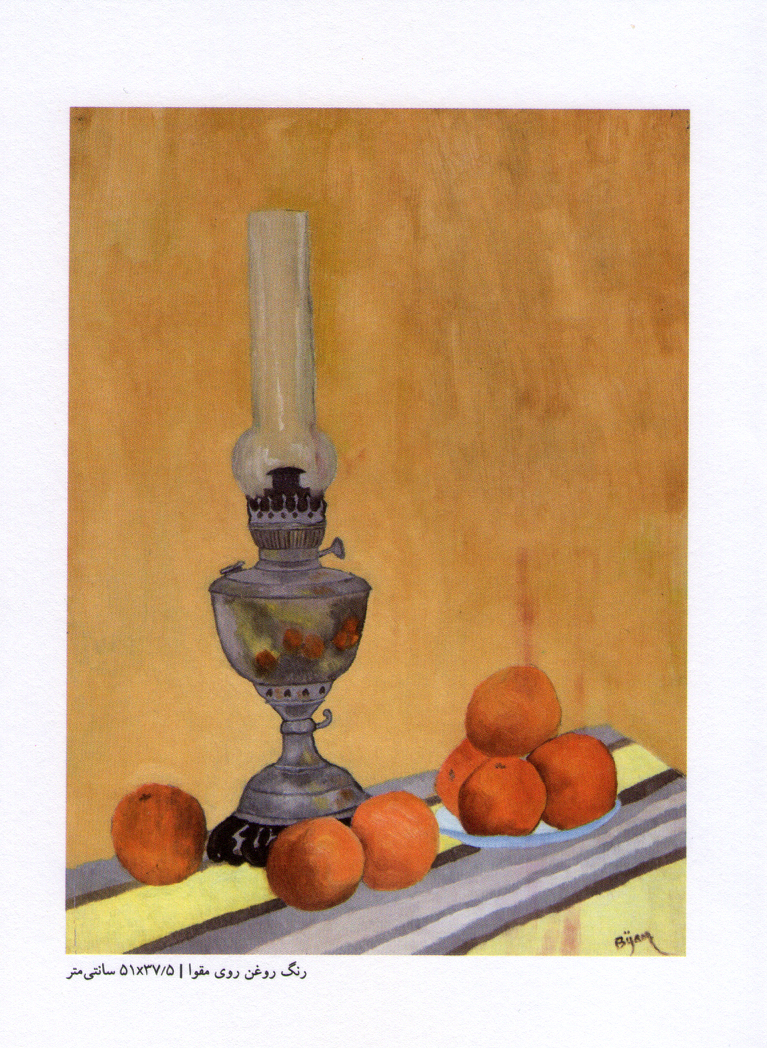 1. Dariush Kiaras, Bijan Elahi (Painter-Poets 1) (Tehran: Peikareh, 2014). An essay on Bijan Elahi as a painter-poet and samples of his art.

2. Mohsen Saba, Do Goftar (Tehran: Avanevesht, 2015). For a memoir of Bijan Elahi by his close friend, Mohsen Saba. 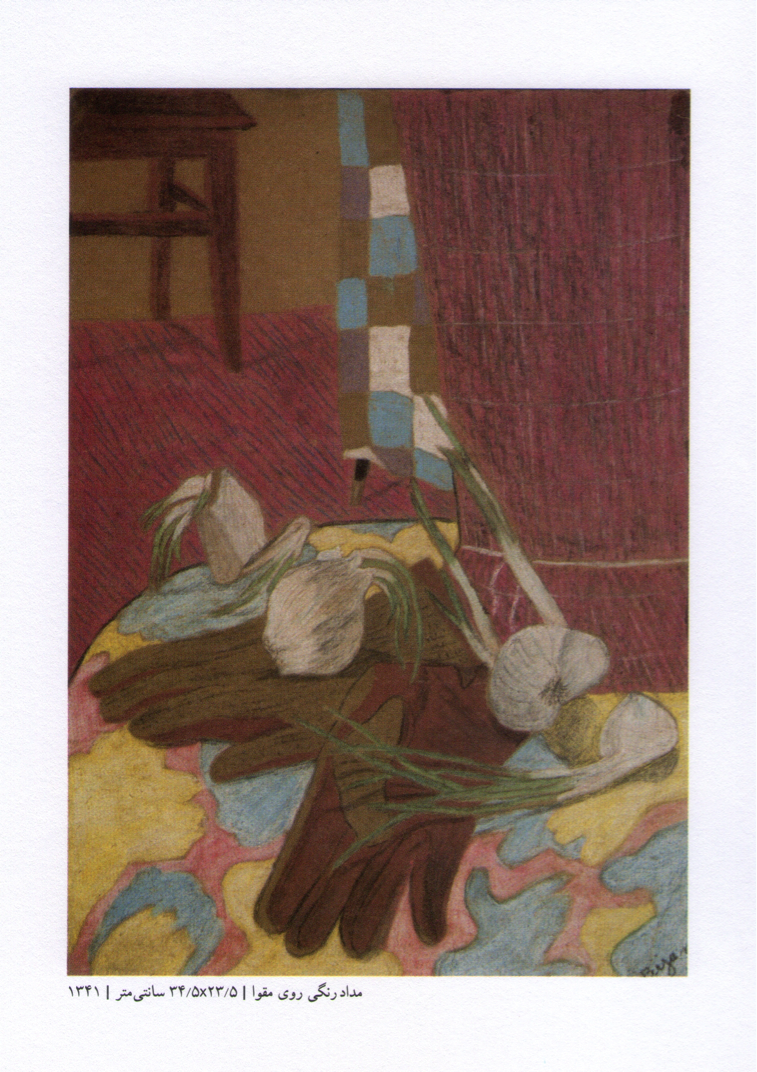 Translations of Elahi into other Languages

There has only been one book-length translation of Elahi into another language, Ljusets språk: dikter (Lund: Roya, 1999). Translated by Farshid Abdollahzadeh into Swedish.

High Tide of the Eyes: Poems by Bijan Elahi (New York: The Operating System, Glossarium: Unsilenced Texts & Modern Translations series, forthcoming in 2020) translated by Rebecca Ruth Gould and Kayvan Tahmasebian will be the first book-length translation of Elahi into English.

Mehdi Ganjavi has posted translations of two short poems of Elahi (“The Red Intellect” and “Snow”).

“Stations,” in Waxwing (Translation by Kayvan Tahmasebian and Rebecca Gould).

“For Two Weeks I have been in this Palace. Nothing has Happened,” in Waxwing (Translation by Kayvan Tahmasebian and Rebecca Gould)

“Dissecting an Onion,” The McNeese Review 55 (2018): 6-7 (Translation by Kayvan Tahmasebian and Rebecca Gould).

“في رطوبة الهالات,” translation of one poem into Arabic by Hamza Kuti.

“Birthplace,” “I Laugh for You,” in Asymptote (Translation by Rebecca Ruth Gould and Kayvan Tahmasebian).

“And Who?” and “The Crow’s Sonnet,” in Vagabond City Literature 41 (Translation by Rebecca Ruth Gould and Kayvan Tahmasebian).

“Dancing in Chains: Bijan Elahi on the Art of Translation,” in Wasafiri Magazine 34.3 (2019): 64-68. (Translation by Rebecca Ruth Gould and Kayvan Tahmasebian).

Hoda Afshar includes an excerpt of Bijan Elahi’s poem Īnak (Now) in her video work, Remain, recited by Behrouz Boochani and translated in the subtitles by Timothy Johanessen (2018).